While I seldom read biography, when I do, I usually really enjoy it. Marine One: Four U.S. Presidents, One Proud Marine, and the World’s Most Amazing Helicopter is a really good read. The author, a retired Marine, knows his subject matter, of course, but the book’s organization, which is both linear yet focused, helps make it an engaging read.

After an opening which describes the “victory lap” circling Washington on Inauguration Day, which is a taste of one of the final “missions” that the author participated in, the usual chronological approach takes the reader back to the time when the author’s love of flying helped him choose a career path. Lacking the funds to pursue a private education in aviation, Ray L’Heureux (call sign “Frenchy”) decides to join the Marine Corps as a pilot. During his very successful training, he decides to fly helicopters rather than jet aircraft, which most of his fellow Marines sought as their specialty. While on duty in California, Frenchy is in the audience gathered to see President Reagan land at his base. As he is impressed with this unit, Frenchy decided that he wanted a tour of duty with HMX-1, which is the name of the part of the Marine Corps which provides helicopter transportation for the President.

L’Heureux actually served in HMX-1 twice during his thirty year career in the Marines, hence the “Four Presidents” in the sub-title. He was a junior officer during the Bush 41 and Clinton administrations, meaning that he was part of the group that planned the helicopter trips (called “lifts”) and occasionally flew as co-pilot for dignitaries. L’Heureux returned as commander of HMX-1 during the presidency of George W. Bush, with whom Frenchy became friends. When Bush 44’s term was over, the author was still the commander of HMX-1, thus he flew the Obamas for a few months before his assignment ended and the reins of HMX-1 went to another Marine pilot.

While not overly technical, L’Heureux lets the reader know quite a lot about how helicopters work. The focus of the book is on HMX-1 and their two sorts of helicopters, all painted dark green with white on the top, but the author also flew in other types of helicopters with other missions, and that’s of interest. However, the “inside” view is largely about how the military goes to great lengths to insure both the safety, comfort, and efficiency in providing transportation for the President, the Vice President, and heads of state of visiting nations. Whether the reader knows much about helicopters, the military, or just recent history, or not, there’s something for everyone in Frenchy’s book. According to the author, President Eisenhower was the first U.S. President to use helicopters for day to day transportation, as it was faster and far more convenient for everyone. Motorcades require a number of security measures, which, of course, takes time and impacts traffic. When the President boards one of the “white top” helicopters, he can be where he needs to be more quickly, and traffic is unimpeded. So, since Eisenhower, most Presidents have relied upon Marine One for quite a lot of their transportation, whether going to Andrews to board Air Force One, or just a short trip to the Presidential retreat, Camp David.

One of the aspects that I found quite interesting were the stories about Camp David, which is a 45 minute ride from the White House via helicopter. The author describes playing “Wallyball” with Bush 41. Later, L’Heureux, both an athletic guy and a Marine, was invited to ride mountain bikes with Bush 44, and that experience began their friendship. During his time of flying George W. Bush, the author was frequently at the ranch in Crawford, Texas, and helped build a bike trail on the ranch.

For readers who enjoy history, insider information, or just an entertaining read, do check out Inside Marine One.

We recently ordered up the DVD version of Jackie, starring Natalie Portman. Like many baby boomers, I remember the Kennedy assassination and its aftermath. Yes, I was just a child, but I still exactly where I was when I first heard the news, and I do remember that funeral procession as it appeared on our black and white television.

The film version of those events, entitled simply Jackie, is not especially linear, as the story line has a journalist coming to the Kennedy home in Massachusetts, to interview the former first lady about that terrible day and its aftermath. The story is actually a series of flashbacks. Featured in several of those is the famous television film of Jackie leading a tour of the White House, and the filmmakers carefully recreated a number of well documented events, including the arrival at Love Field and the motorcade (which was, of course, interrupted by the assassination.)

Other scenes give viewers a fictionalized but probably accurate glimpse of the horrors of that day. These include Jackie cleaning the blood from her face on Air Force One, and her removing the bloodstained pink wool suit, washing her hair, and Kennedy’s blood flows down her back. Although only seconds long, the shooting is also amazingly accurately depicted, and this is no fuzzy 8mm film— the assassination is high def and horrifying. The film also answers some questions that I’ve had, such as why Jackie tried to get out of the car, and why she didn’t change clothes before disembarking from the plane in Washington. The costumes, the sets, the cars, and the blending of old footage with new footage is really top notch. The cast does a very good job, especially Portman, who may not look all that much like Mrs. Kennedy, but she clearly worked hard on getting the accent and mannerisms down. Before it was over, I began to forget that this wasn’t the real Jackie Kennedy on the screen.

All-in-all, this film does a really good job of adding insight for viewers already familiar with the story. Perhaps more importantly, however, it gives younger generations a chance to see exactly what price is paid when a leader such as JFK dies at the hands of an assassin. Jackie is historically accurate, as well as being emotionally gut wrenching. 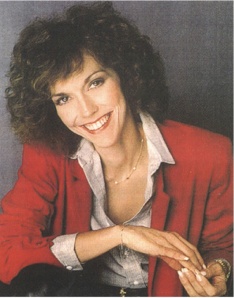 I’ll admit it, I am getting old. And, apparently, revisiting topics from one’s youth is an interest that older folks have. In the years right before his death, my dad would come home after a lively session at the senior’s center, watch a rerun of Gunsmoke on television, and take his afternoon snooze. While I remember Gunsmoke (along with Sky King, Fury, Roy Rogers, and even Bonanza) I have no desire to revisit them. However, I have a number of Carpenters CDs, because their music is still musical to me. I don’t like to watch the videos (and there are a boat load on YouTube) because their hairstyles and clothing remind me of just how long it has been since those tracks were recorded.

Because she knows how much I love the Carpenters music, some years ago my sister gave me the official biography of the Carpenters by Ray Coleman, which I enjoyed. I’ve seen the tv movie version of their story, which is also on YouTube, along with a PBS special celebrating their music.

Due to inclement weather here in the south, I’ve had more time to read lately, and I stumbled upon a “new” biography, Little Girl Blue— the Life of Karen Carpenter, which was actually published four years ago. This one is “unauthorized,” thus promising to shed some light upon the parts of their story that the Richard Carpenter would rather not have publicized. In some respects, Little Girl Blue delivers.

Most people will want to read this book to know more about Karen (and Richard’s) lives and their music, but some will want to know more about Karen’s battle with anorexia nervosa, a disease that was almost unheard of when she died. Non-fans will probably find it odd that anyone even cares, some thirty years after Karen’s untimely death, but I didn’t care if they weren’t cool in the 70s, and I don’t care now, so I’m interested in their lives, their music, and only a little in the disease that killed Karen.

I’m torn, because in some ways Randy L. Schmidt’s bio, a rather odd combination of the duo’s lives and their musical successes and failures, does succeed, but sometimes it reads like gossip. That is due to his reliance upon “those who knew her.” There are pages and pages of documentation, so there was quite a lot of research that went into this book. But the sources of “new” information are friends and co-workers, some of whom seem glad to finally be heard.

I’m not famous, so no one is going to write my biography, but if someone did, and used Schmidt’s approach, it might read like this: “Pamela J. Dodd did not even use her husband’s name on her books, which infuriated his sister-in-law, who had this to say—” or “in an email a close family member quoted Dodd’s son as saying ‘Rob once said, “Moms the boss…what she says goes.” ‘ In other words, well documented opinions are still, well, opinions.

On the other hand, there are some really interesting revelations about Karen’s financial situation, such as their mother had a trusted friend handle the money and basically put the duo on an allowance, as if they were still in high school. When they finally hired a money manager, there were bank accounts all over the place, because the mother would deposit the maximum covered by FDIC and then open a new account in yet another bank. Even more interesting was the portrait of Karen’s husband as exactly what Karen feared: someone who married her for her money, not for love. The scene where Karen is on the phone, almost hysterical, because the dealer was repossessing the Rolls Royce that her husband had “given” her, lets readers understand her naivete, as well as painting Burris for the gold-digger that he surely was.

Reviewers of this book often focus on the in-depth examination of Karen’s anorexia, especially her relationship with her mother and brother, and some have said that Karen’s mother was unable to say, “I love you” to Karen. That scene takes place in the office of Karen’s therapist, apparently the only therapist that she consulted during an eight year plus struggle with eating disorders, wherein Karen’s mother, Agnes, wouldn’t cooperate with the therapist’s directive to tell Karen that she was loved. In that situation, I might have been both angry and embarrassed, so I have some sympathy for the mom.

Over and over, Schmidt’s book explains the tragedy that Karen’s life became, even before the seemingly inevitable tragedy of her death. If fame and fortune come too early, there can be a terrible price to pay. The entire Carpenter clan was simply not prepared for the success that Richard’s brilliant arrangements and Karen’s amazing vocals brought the family. While Karen paid the biggest price, the whole family suffered, and that is ironic, as well as tragic.