Our son is a big time Star Wars fan, and he initially said he planned to skip this movie. Based on the box office stats, apparently a lot of folks felt the same way. However, a friend apparently convinced him to go see it, and he came back raving about how much better it is than Star Wars Episode VIII. Last evening, hubby and I went with him to our very small local theatre to see Solo- A Star Wars Story before it closes up and leaves for cable and the Red Box.

I did like it rather a lot. The cast is really great, from a decent likeness of the main character by Alden Ehrenreich to a fabulous supporting cast with veteran actors including Woody Harrelson and Paul Bettany, as well as modern favorites such as West World

star Emilia Clarke. The look and feel of the film, although a bit dark, is up to Disney and Star Wars standards, too. While I thought there was too much action (if such a thing is possible in a summertime blockbuster film) all of it was top notch.

For real fans of the series, there are some pluses and minuses of course. The film does a good job of filling in the small and big pieces of the original trilogy, especially those that occurred in the original film, Star Wars: A New Hope

. Example: Han Solo proudly tells Obi Wan Kenobi that the Millennium Falcon made the Kessell run in 12 parsecs. How? When? And why was that important? Solo fills in all those blanks. How did Han and Chewy meet? Again, this film supplies some answers. Overall, the script writers (father and son Kasdan and Kasdan) performed a minor miracle in getting so much into two action packed hours.

Although I’ve read that it was a marketing problem, or a saturation problem—no one knows for sure why Star Wars fans have not embraced Solo. That’s too bad, because it is in many ways very similar to the much better received Rogue One: A Star Wars Story— it fills in blanks in the original film, gives us new characters to love and hate, and is a visual spectacle with a very good musical score.

Beat the summer heat and go see Solo—A Star Wars Story soon. Very soon, because it will be moving to video in a few short weeks. 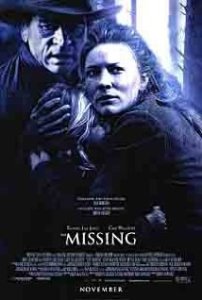 Then, I grew up and westerns were not in favor in Hollywood anymore. My early love of science fiction is all intertwined with my love of westerns. Once, I was amazed by a very intelligent woman who said she despised Star Wars. I laughed, and said, “It’s just a western!” As she gaped at me, I went on to explain that Star Wars owes much to westerns, from the bar scene (just a saloon) the greenhorn (Luke Skywalker) being guided by an older and wiser mentor, the gunslinger (Han Solo) and the Millennium Falcon, which doesn’t have much on a good horse.

Westerns have never been as popular as they were in my youth, but they have grown up. Recently, hubby and I were looking for something on Netflix that we hadn’t seen, and “The Missing” with Tommy Lee Jones and Cate Blanchett caught my eye. The description reminded me of an oldie but goodie, “The Searchers,” so we we popped some corn and got involved in Ron Howard’s take on the quest to foil white slavers in the old west. We enjoyed this suspenseful tale. The film has some fabulous scenery, very wicked bad guys, a very heroic mother (Blanchett) and too much mysticism for my taste. Oh, and there were several horses, but lately, filmmakers seem to think they are like cars or motorcycles, just transportation.

This plot could have been told in a science fiction setting, with space ships instead of horses, but it works reasonably well as a western. Check it out on Netflix streaming.