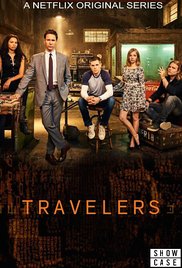 We gave DirecTV the old “heave ho” five years ago, when we moved. At the time, we were carrying two large house payments, so utilizing our internet and Netflix services and forgoing the bill for a television service was a temporary measure to save a few bucks each month. Here we are, five years later, with the previous house sold, but during our financial mini-crisis, we learned how little we actually used the TV service, so we never signed on again. When I went back to grad school, I got Amazon Student (a great deal, by the way) so we still have Amazon Prime, and we look at Amazon videos from time to time, but YouTube and Netflix are the primary means of powering the big screen in our living room.

There is a problem with Netflix, however, and that is the way it “recommends” movies and shows. Our suggestions seem to be crap most of the time. So, every once in a while, I look up an article which purports to list “the best ???” on Netflix right now. And, thus we found a Netflix series called “Travelers.”

The premise of this science fiction series is a really good idea: In the distant, dark, future, people figure out how to send the consciousness of an agent (a traveler) back into the body of a person who is about to die. Since the time and manner of death are often documented, these folks from the future have to select a proper host and zip into the body just in time to thwart the death, and are then able to take over the host’s body and join with other “travelers” to perform various missions that are supposed to make the future a better place to be. Each traveler must deal with the situation his or her host is in, as well as managing to complete assigned missions, and hopefully not be seen as an imposter. This premise yields some suspenseful plots as well as quite a lot of dramatic irony, as the viewer knows that the person inside the host is not the person who was about to die.

We’ve not finished season one (the only season available as of this writing) but if the rest of the episodes are as good as the ones we have seen, we are certainly going to enjoy following along with these futuristic Travelers. If you are a Netflix subscriber and like suspense and/or science fiction, do check out this original series.

And, if you are a student or know someone who is, don’t forget the great deals available via Amazon Student:  Join Prime Student FREE Two-Day Shipping for College Students