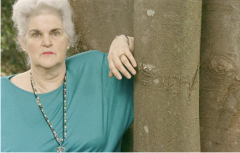 Each generation will pass, of course, but I am sad to know that another great fantasy and science fiction writer has died. Anne McCaffrey is best known for her Dragonriders of Pern series. However, she wrote far more than those, and her influence has helped shape modern science fiction. McCaffrey was the first woman to win both the Hugo and Nebula awards, which are the most prestigious in science fiction.

Her debut novel, Restoree, is a story about a woman who is abducted by aliens, placed into a new body, and set to work caring for a man who may not be ill at all, and that is just the set up.  Some say it was written, in part, as a response to the way writers used to portray women in science fiction. McCaffrey’s The Ship Who Sang was also a ground breaking work about severely handicapped children’s brains being used in living ships. Although that sounds terrible, the idea of cybernetic melding of human and machine has gone through many iterations, but McCaffrey’s take on this subject is fascinating.

As a fan of science fiction, far more so than fantasy, I enjoyed her Freedom series more than any other of her works. The four volume saga begins with Freedom’s Landing, which takes the main characters from Earth, via a sojourn as slaves on an alien world, and dumps the troublesome miscreants on a new world. The series is a bit like what happened in Australia, and the characters informally name their new colony “Botony” but it is set on an alien world. These yarns focus on building a society from scratch, but survival is always a driving force in these tales as well. This series is so readable that young adult readers should enjoy it, too.

Another interesting science fiction novel from McCaffrey is Nimisha’s Ship, which blends space-based intrigue with survival skills. McCaffrey often collaborated with other writers, in both science fiction and fantasy genres, and Sasinak is my favorite of those team efforts.

In a side note, one of my science fiction writer friends mentioned that in her later years McCaffrey used a scooter to get around the huge venue known as DragonCon in Atlanta. My friend said that if you saw her, you’d best get out of the way! Maybe her speedy ways on Earth enabled her to write about flying dragons….