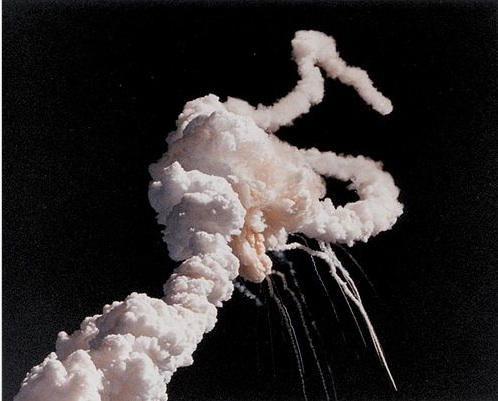 There are some events so powerful that we remember exactly where we were when we heard the news. As youngster, I was in my seat in Mrs. Spratlin’s second grade class when our principal, Mr. Ash, told us that the president, Mr. Kennedy, had been killed in Dallas. My parents were feverishly working on renovations to our new (very old) home, and I rode the bus there, telling them the news. Neither of them knew, having spent the day installing a floor in what would soon be my bedroom.

When Ronald Reagan was shot, I was working as a sales clerk in a lumber store in Winder. We stood around a radio, listening to coverage of that event, remembering the Kennedy assassination.

And, when the Challenger blew up, I was at Jefferson High School. It was so cold (below zero) in northeast Georgia that the school had cancelled classes for students, but we had a “work day” for teachers. I was in the business department lab, averaging grades on a calculator, since this was before the proliferation of computers and electronic gradebooks. A fellow teacher stopped by to tell me, and at first I thought she was joking. Space travel had become so routine that it was not particularly newsworthy. That day, however, when I got home, I saw image after image on television, like the one above, and heard the stunned anguish of the friends and colleagues of the astronauts.

That day proved that space travel is still a very risky business. And one person in particular, teacher Christa McAuliffe, represented all Americans that day. There were seven people killed in that explosion, but the others were NASA people, trained for the space program, and presumably ready to risk their lives. But McAuliffe was one of us, granted the opportunity to do her job, teaching, from a platform high above the earth. At first, news outlets showed the unfolding reaction on the faces of McAuliffe’s parents, who were in Florida for the launch, but later, the news outlets became more sensitive to the loss.

Yes, twenty-five years have passed since the Challenger made its seventy-three second journey, and NASA has not fully recovered from the blow. The space program still has no better vehicle than the space shuttle, and in part, that is due to America and Americans deciding that manned space travel is too expensive and too risky. Politicians have gone along with the desires of their constituents to spend the nation’s money on programs to defeat poverty instead. So, if there is to be travel to the rest of the solar system, or beyond, America won’t be the force behind it. I’ve accepted that.

Still, someone, somewhere, will take up the task, because this planet will run out of resources, and there will only be “out there” for man to explore. When Spain, France, and even England ran out of money and gusto, they became lesser nations. The decline of European nations led to America being a “super power” in the second half of the twentieth century. There are many signs of decay here in America, but the lack of any desire to expand beyond these shores, a kind of political egocentrism, is a sure sign that our bright sun is setting. China, which holds much of our nation’s debt, seems to be the up-and-coming power now, so the first man on Mars probably won’t be speaking English.