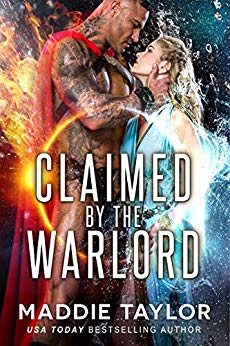 Recently, I read a science-fiction/fantasy romance by Maddie Taylor. Overall, this novel was a good read, but some reviewers gave it a thumbs down due to the “discipline” used on the heroine. And, I totally get that, as the character didn’t really do much to warrant that behavior on the part of the alpha male. On the other hand, I read (some years ago) the science fiction series by Sharon Green wherein there is one heck of a lot of love/abuse in the tumultuous relationship between the heroine and her lover. I’d call this one “Sharon Green lite” in terms of spanking. There’s not much else for the “me, too” set to object to. However, this novel does have other, somewhat graphic, scenes associated with the precarious situation that sets the action of the novel in motion. Indeed, the author’s ability to describe the effects of terror inducing situations upon Princess Aurelia is the best part of the novel.

As many stories do, this one begins in medias res, where the Princess has been captured, auctioned to the highest bidder, and awaits her fate at his hands. There is intrigue and treachery aplenty, and the plot does have some twists and turns. Although this is more romance than science fiction or fantasy, it has enough suspense to keep readers swiping the electronic pages. The author does have a way of making the cold seem colder, the hot seem hotter, and the terror seem, well…I’m sure you get the picture.

For readers who like a blend of steamy hot romance, a dash of space opera, a good sprinkling of fantasy, and some scenes that are not necessarily comfortable (but totally fictional) then Claimed by the Warlord is a good read. For readers who are made of sterner stuff, Sharon Green’s Terrilian series is now available in eBook form, as well as in  vintage paperback.